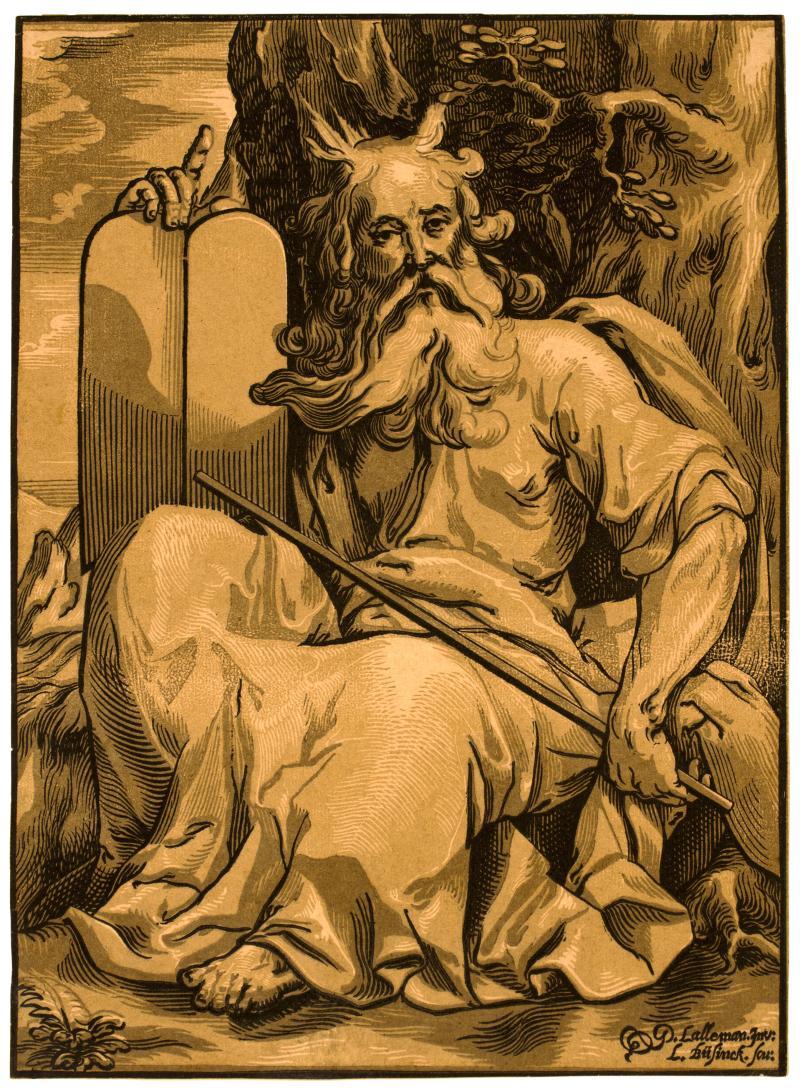 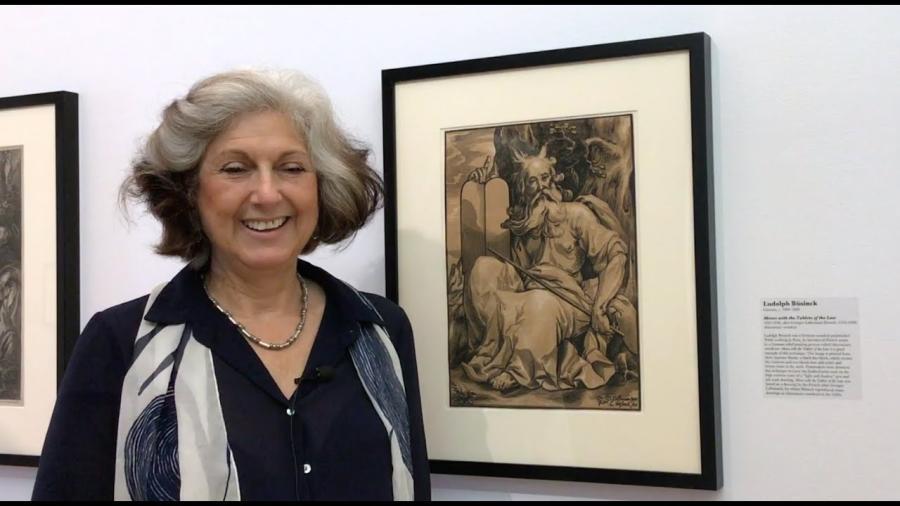 Ludolph Büsinck was a German woodcut printmaker, who moved to Paris around 1623 and worked there until 1630. He introduced French artists to a relief printing process called chiaroscuro woodcuts, a technique originally invented by the German artist Hans Burgkmair (1473–1531) in 1509. Moses with the Tablets of the Law is a good example of this technique; the image is printed from three separate blocks: a black line block, which creates the contours and two blocks that add ochre and brown tones to the work. Printmakers were fond of this printing technique because the finished print took on the high contrast tones of a “light and shadow” pen and ink wash drawing. Moses with the Tablets of the Law was based on a drawing by the French artist Georges Lallemand (1575-1636), who was raised in Nancy, France and known for his religious and secular subjects, many of which Büsinck reproduced as chiaroscuro woodcuts in the 1620s.

Moses with the Tablets of the Law was published by Melchior Tavernier, who sold prints, many of which he published in his establishment located on the Ile de la Cité in Paris. In 1627, he took a residence in Paris on a street called l' Epi d'Or, opposite the Quai de the Mégisserie. Tavernier’s address offers a significant clue to dating this print. The copies of Moses with the Tablets of the Law in the Los Angeles County Museum of Art and in the British Museum still retain the publisher’s imprint information on the bottom margin of the print.* It specifically identifies the street l' Epi d'Or, thus this print must have been made after 1627 when Tavernier relocated. Büsinck left Paris in 1630 and is not known to have made prints after that date, so this print likely dates somewhere between 1627 and 1630.

Moses was a popular subject from the Old Testament. He usually holds a staff or a rod, which he used to generate water from a rock, to convert into a snake and then back into a rod, and to part the Red Sea. The tablets he holds were given to him by God, who had written his Laws into the stone. Moses is seated under a tree holding the tablets, presumably having just received them on Mount Sinai. The scriptures describe his face as glowing, having just come from the presence of God. Biblical scholars disagree on the translation of the word “Keren,” which can mean “horn” or “ray of light.” Thus, many early images of Moses depict him with horns; others with rays of glowing light. In this print, his tousled locks may be read as horns or merely disheveled hair as a result of a firsthand encounter with God.