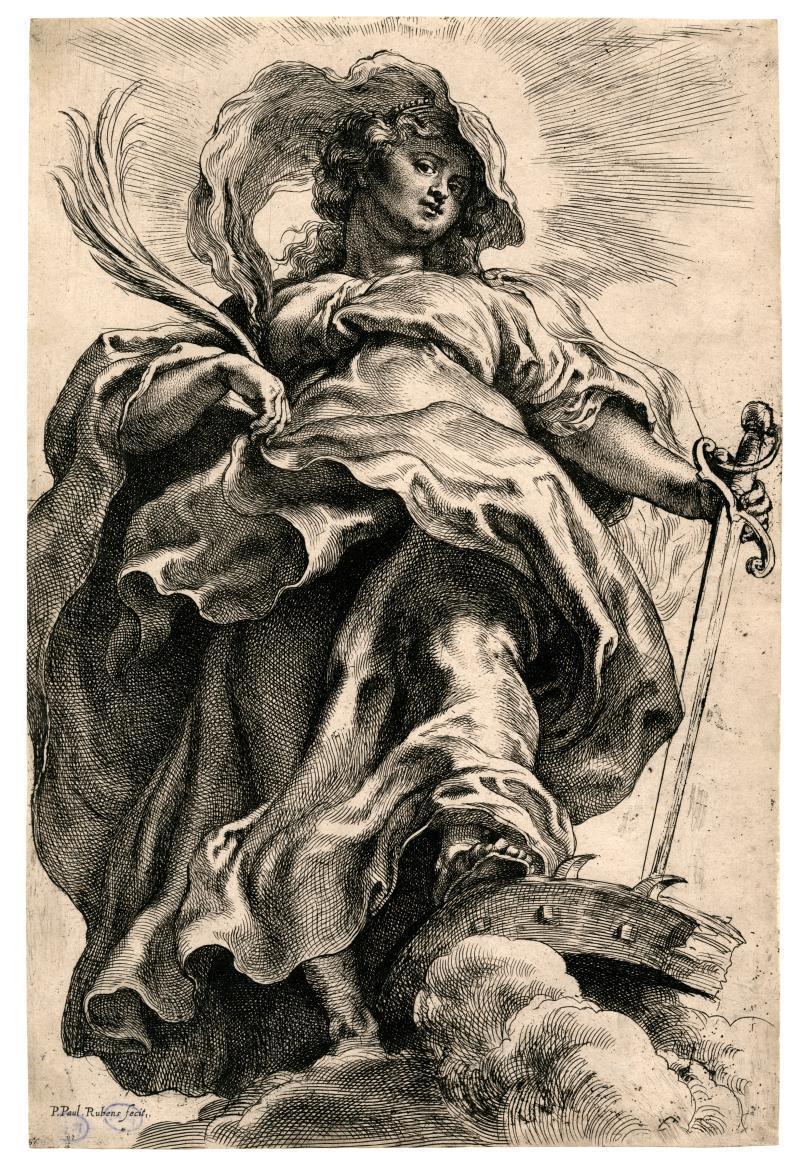 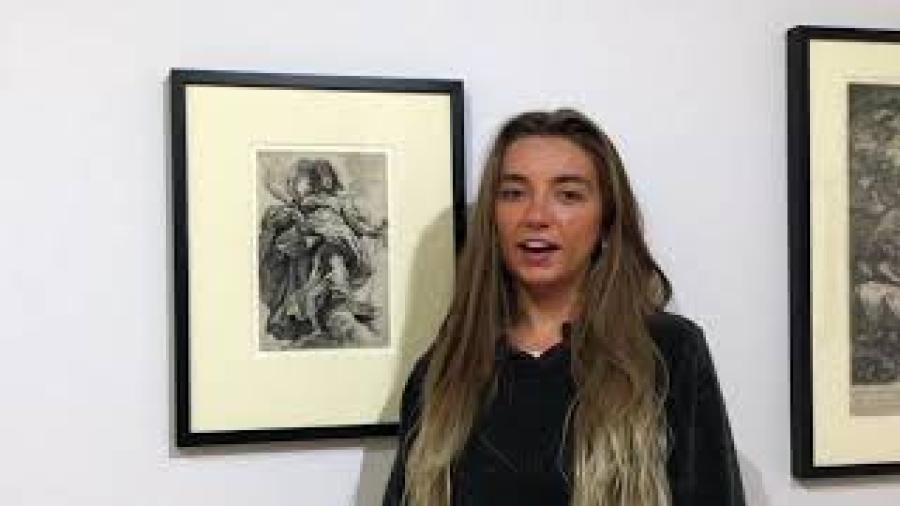 Peter Paul Rubens was a renowned Flemish Baroque painter who emphasized color, movement, and sensuality. He was born in Siegen, Germany to a religious family and later moved to Antwerp, Belgium where he was raised Roman Catholic. From a young age, he was steeped in religious stories of saints and martyrs and was given a Renaissance humanist education studying Latin and classical literature, which inspired his paintings of religious, historical, mythological, and allegorical subjects.

Rubens saw the value in printmaking as a reproductive medium for his paintings. He, however, was not an expert in the field and often collaborated closely with other printmakers, who could best capture his style.* Scholars have identified only three etchings created by Rubens himself, one being Saint Catherine of Alexandria.

A canonized Catholic Saint, Catherine was martyred in Alexandria, Egypt around 305 AD. She was believed to have been well-educated and of noble birth, and around the age of fourteen, she experienced a powerful vision of Mary and the Infant Jesus and converted to Christianity. Rather than order her execution for this conversion, the Emperor Maxentius summoned fifty philosophers and orators to dissuade her from the Christian faith. Her words and logic were so moving that all who were sent to debate her were converted and later executed by Maxentius. She was then sent to her death on a breaking wheel, but as she approached the wheel, it shattered. The Emperor then ordered her beheading instead.

Rubens’ etching depicts the gravitas of Catherine’s sainthood by positioning her above the viewer surrounded by clouds. She looks down at the viewer, showing her high standing and holiness. Her foot is poised atop the breaking wheel, as though she has just conquered it. She holds the sword used to behead her, depicting her as a warrior for God, whom death cannot beat. With a palm frond, the symbol of the martyr, in her right hand, light radiates out from her head becoming her saintly halo. Her magnificently flowing draped clothes demonstrate Rubens’ expertise in employing the exuberance and grandeur of the Baroque style.

In May of 1640, Peter Paul Rubens died of heart failure in Antwerp.

* In this exhibition, see also: Boetius Adamsz. Bolswert, Christ on the Cross Between Two Thieves; Christoffell Jegher,
The Temptation of Christ; Willem van der Leeuw, Daniel in the Lion's Den; Lucas Vorsterman I, St. Michael Striking Down the Rebellious Angels.