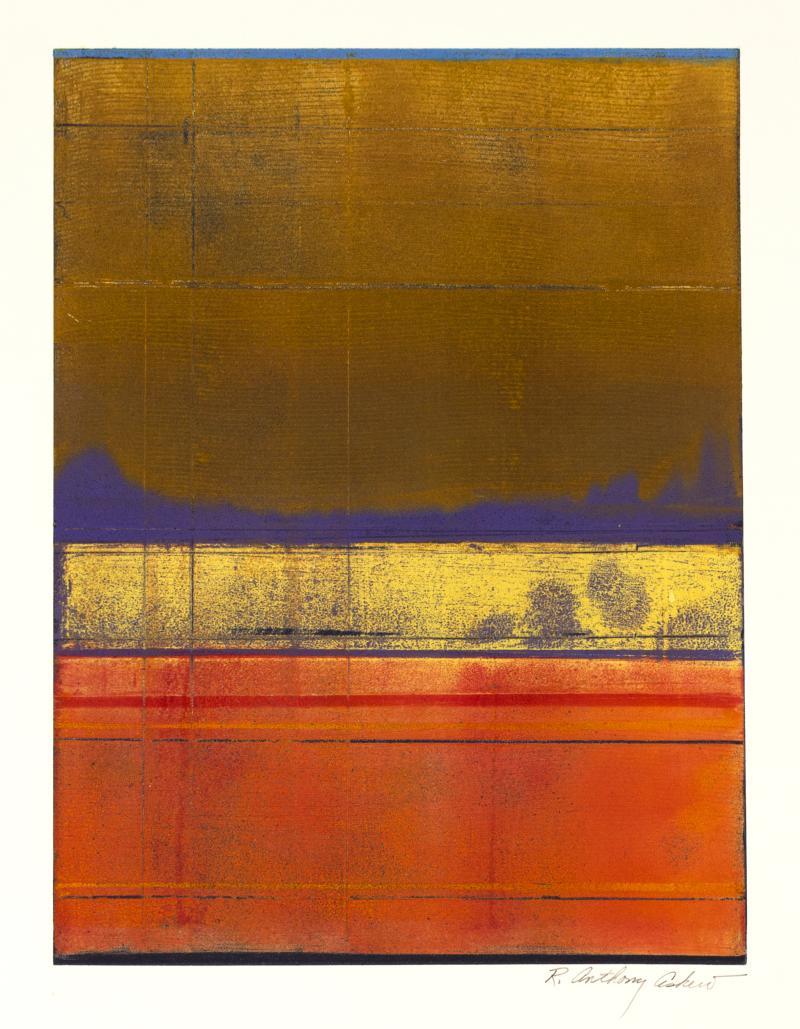 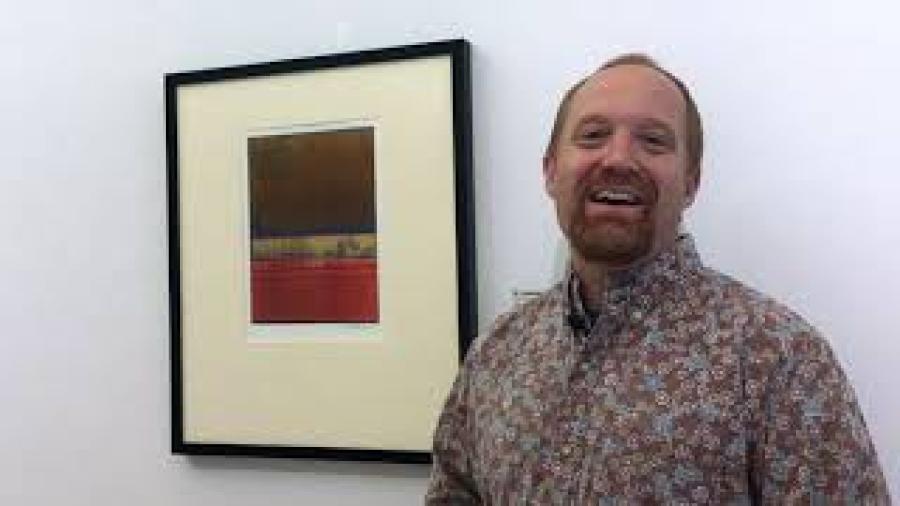 R. Anthony “Tony” Askew is a longtime Santa Barbara resident, celebrated artist, and respected educator. A California native who grew up in Glendale, Askew attended the University of California Santa Barbara, graduating with dual degrees in Sociology and Fine Art. Following a stint in the Army National Guard and a whirlwind romance and marriage to his wife Barbara, Askew enrolled in the Masters of Art program at California State University, Los Angeles, where he received an M.A. in Printmaking. Upon returning to Santa Barbara, Askew was hired to teach art at Santa Barbara High School, a position he held for more than a decade. In 1984, Westmont College had just begun an art program and Askew eagerly accepted the opportunity to teach art to college students. He flourished in this position and impacted the lives of countless students until his retirement in 2008. He also served as the founding director of the Reynolds Gallery, now known as the Westmont Ridley-Tree Museum of Art. He is a popular instructor in Santa Barbara City College’s Continuing Education Program, where he has taught for decades.

Beginning in 1988, Askew started spending portions of his summers and numerous sabbaticals in Santa Fe, New Mexico. For Askew, this was a time not only to relax but also to actively create artwork. He was a regular participant in printmaking workshops held at the College of Santa Fe and the Institute for American Indian Art, where he met other artists who introduced him to innovative printmaking techniques. One of those techniques -- the monotype-- became Askew’s signature process. Monotypes allow the artist to “paint” on a smooth metal or Plexiglas plate using oil based inks, then to transfer the painted image to paper by running the matrix through a printing press. The result is a unique, unrepeatable print that has a painterly texture and a freshness, similar to an oil painting. As a painter and printmaker, Askew found freedom in the monotype printing process. Since the late 1980’s, he has returned each summer to continue his exploration of the medium.

Another result of Askew’s summers in Santa Fe has been his dramatic perception of color as it relates to the desert environment and the influence of Native American arts and culture. He infuses his bright palette with sundrenched, pure colors. His prints from Santa Fe, most of which are abstract, pay tribute to the environment in which they were made. Santa Fe #2 responds to the expansive desert vistas and the dramatic sunsets that leave the surrounding mountains infused with purple hues. Askew states, “[Santa Fe #2] reflects how the colors of the Southwest landscape joyously affect my spirit. My time working in Santa Fe made me aware daily of the importance of the earth and a new kind of reverence that the Native cultures have for our environment. I hope this work reflects my appreciation for the time I have spent in the beautiful landscapes of New Mexico.”