Westmont is the only CCCU member in the U.S. News’ National Liberal Arts Colleges Campus Ethnic Diversity ranking, which recognizes 64 liberal arts colleges for their overall mix of racial or ethnic groups. “College-bound students who prioritize learning alongside people of different racial and ethnic backgrounds will want to consider campus ethnic diversity when choosing a school,” the U.S. News methodology says. “The index measures the probability that any two people chosen at random from a given school are of different races or ethnic groups.” Westmont’s prioritized growth in diversity is a purposeful strategic and campus-wide effort across the college community.

The latest Payscale report shows Westmont graduates (all alumni) in the top 7.5 percent for all bachelor-degree institutions in the U.S. in mid-career salaries (median after 10+ years of experience), earning an average salary of $127,000. Westmont graduates who only earn a bachelor’s degree are in the top 9 percent of mid-career earnings with an average salary of $119,400.

The Princeton Review recognizes Westmont among its 2023 Best Colleges: Region by Region. Westmont is one of 126 colleges in the Best Western section, or one of the top 23 percent of the nation’s four-year colleges.

A member of an exclusive Grateful Grads list, which considers the amount and percentage of alumni giving

Westmont is among the 2023 Best Colleges: Region by Region.

Westmont is one of just 126 colleges in the "Best Western” section, just 23 percent of the nation's four-year colleges.

"We salute these colleges in five zones that we consider academically outstanding and well worth consideration in your college search." 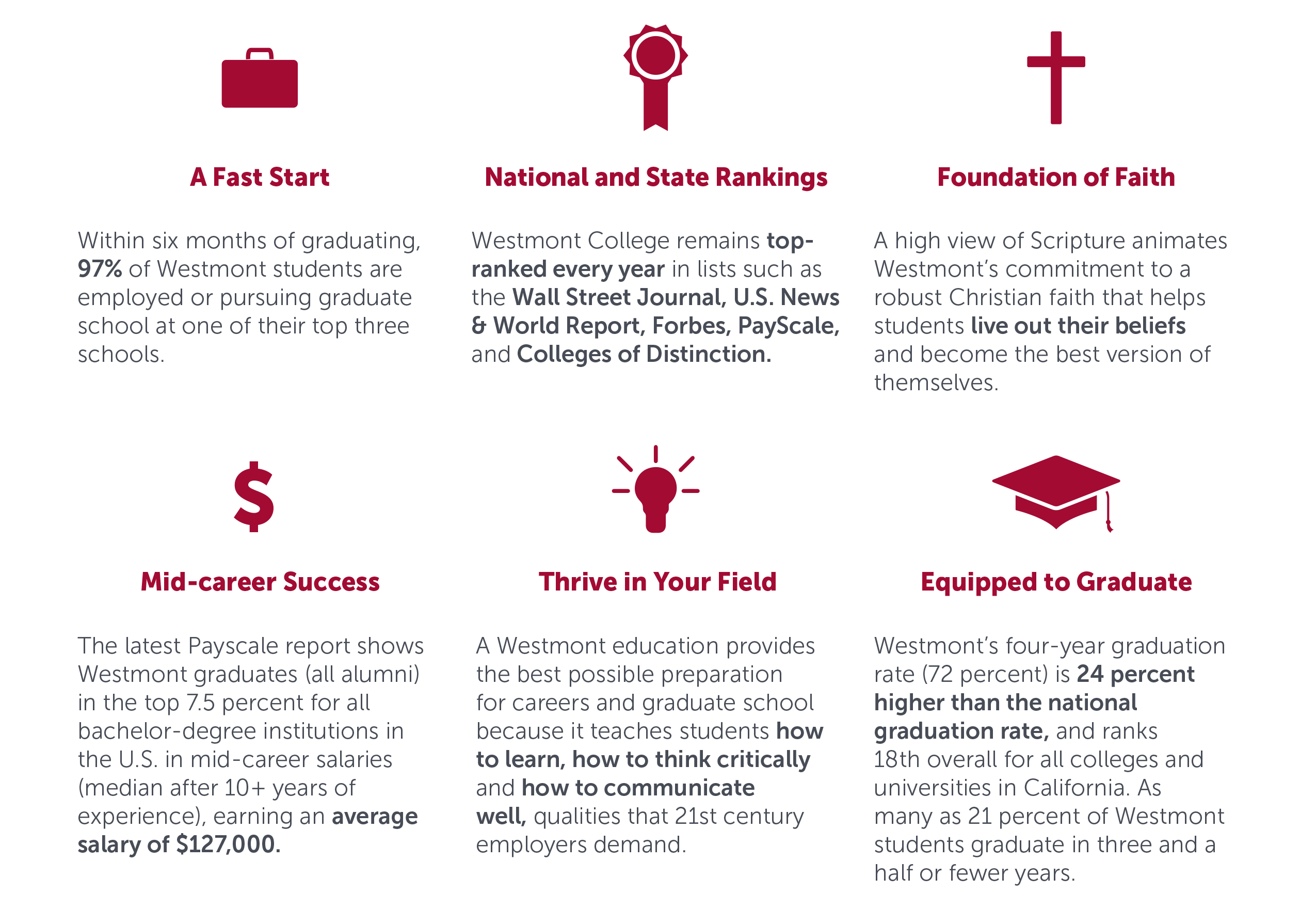