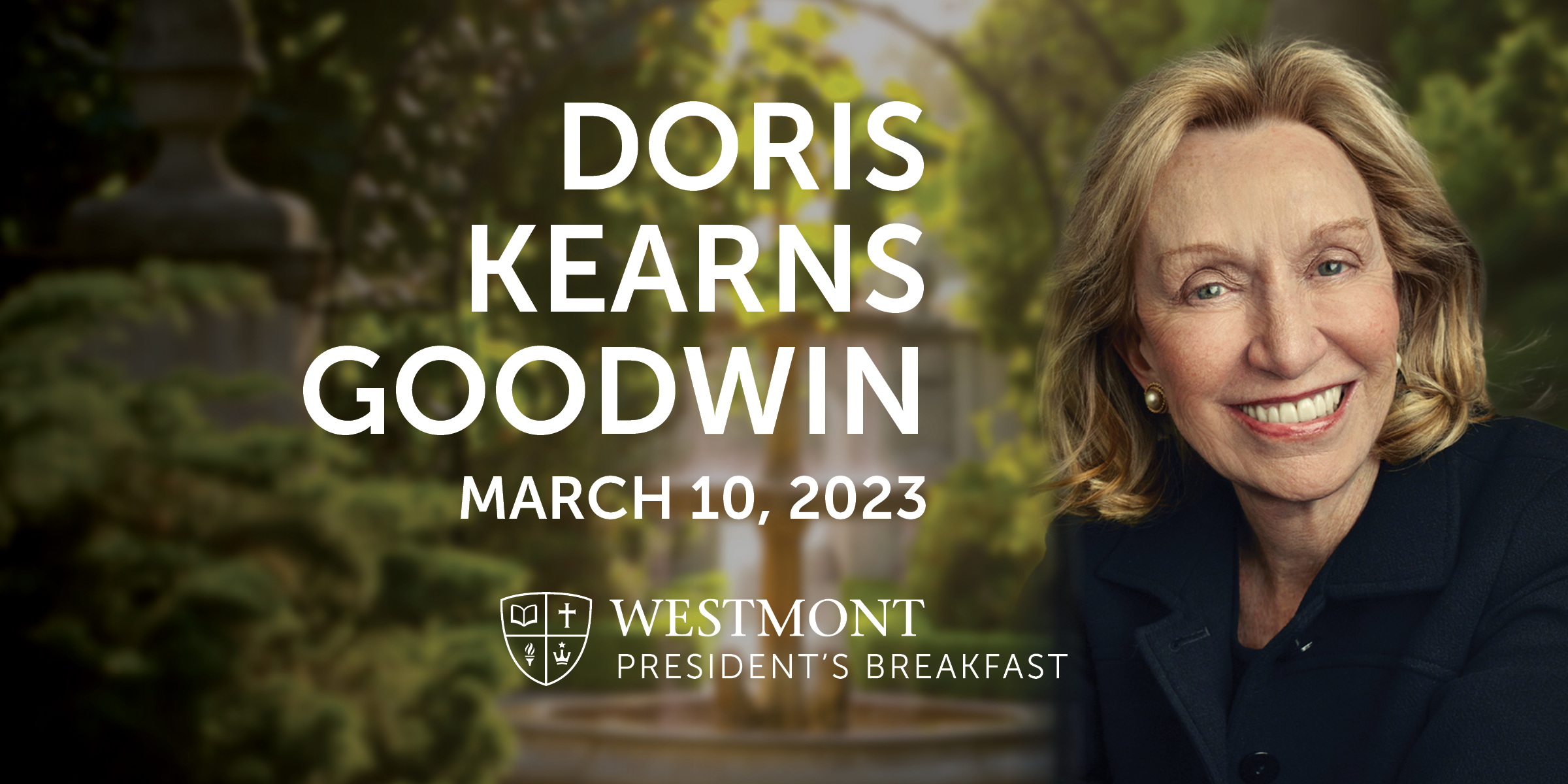 Tickets cost $125 and go on sale Friday, February 10, at 9 a.m.
Seating is limited, and tickets are sold on a first-come, first-served basis.

Notify me when tickets go on sale.

Now in its eighteenth year, Westmont College  consistently engages some of the most fascinating and impactful individuals of our time to address Santa Barbara community leaders on significant and timely topics. Westmont President Gayle D. Beebe facilitates an engaging conversation with Doris Kearns Goodwin, world-renowned presidential historian and Pulitzer Prize-winning author. Goodwin has written seven critically acclaimed and New York Times best-selling books, including her most recent, “Leadership in Turbulent Times,” which examines the lives and leadership skills of Abraham Lincoln, Theodore Roosevelt, Franklin Roosevelt and Lyndon Johnson.  Goodwin won the Pulitzer Prize in history for “No Ordinary Time: Franklin and Eleanor Roosevelt: The Home Front in World War II."

Her seventh book, Leadership in Turbulent Times, was published in September 2018 to critical acclaim and became an instant New York Times bestseller. A culmination of Goodwin’s five-decade career of studying the American presidents focusing on Presidents Abraham Lincoln, Theodore Roosevelt, Franklin Roosevelt and Lyndon Baines Johnson, the book provides an accessible and essential road map for aspiring and established leaders in every field, and for all of us in our everyday lives.

Goodwin’s career as a presidential historian and author was inspired when as a 24-year-old graduate student at Harvard she was selected to join the White House Fellows, one of America’s most prestigious programs for leadership and public service. Goodwin worked with Johnson in the White House and later assisted him in the writing of his memoirs.

She then wrote Lyndon Johnson and the American Dream, which became a national bestseller and achieved critical acclaim. It was re-released in 2019 with a new foreword highlighting LBJ’s accomplishments in domestic affairs that have stood the test of time.

Goodwin was awarded the Pulitzer Prize for No Ordinary Time: Franklin and Eleanor Roosevelt: The Home Front in World War II. The Fitzgeralds and the Kennedys was adapted into an award-winning five-part television miniseries. Her memoir Wait Till Next Year is the heartwarming story of growing up loving her family and baseball. Her sixth book, The Bully Pulpit: Theodore Roosevelt, William Howard Taft, and the Golden Age of Journalism, won the Carnegie Medal and is being developed into a film. Goodwin’s Team of Rivals: The Political Genius of Abraham Lincoln served as the basis for Steven Spielberg’s hit film Lincoln and was awarded the prestigious Lincoln Prize, the inaugural Book Prize for American History, and the Lincoln Leadership Prize.

Well known for her appearances and commentary on television, Goodwin is frequently seen in documentaries including Ken Burns’ The History of Baseball and The Roosevelts: An Intimate History; and on news and cable networks, and shows including Meet The Press and The Late Show with Stephen Colbert. She played herself as a teacher on The Simpsons and a historian on American Horror Story.

Goodwin lives in Boston, Massachusetts. She was the first woman to enter the Boston Red Sox locker room in 1979, and is a devoted fan of the World Series-winning team. 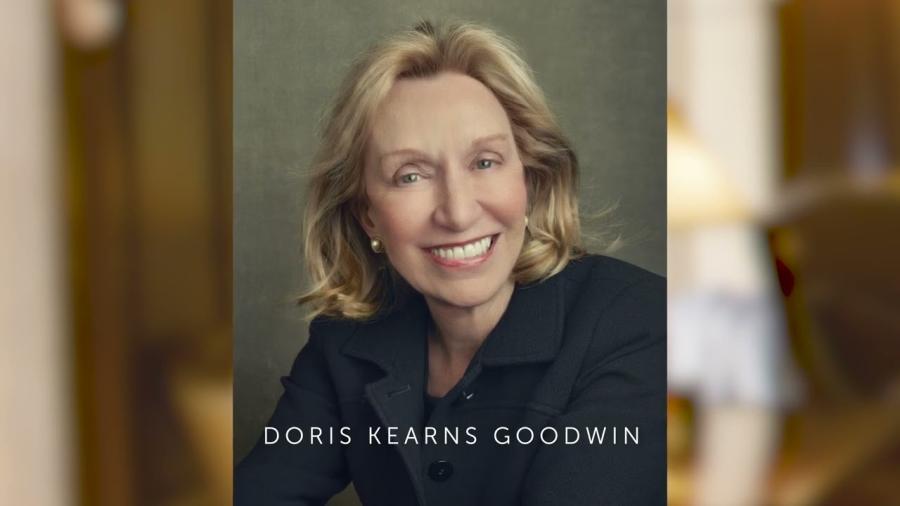 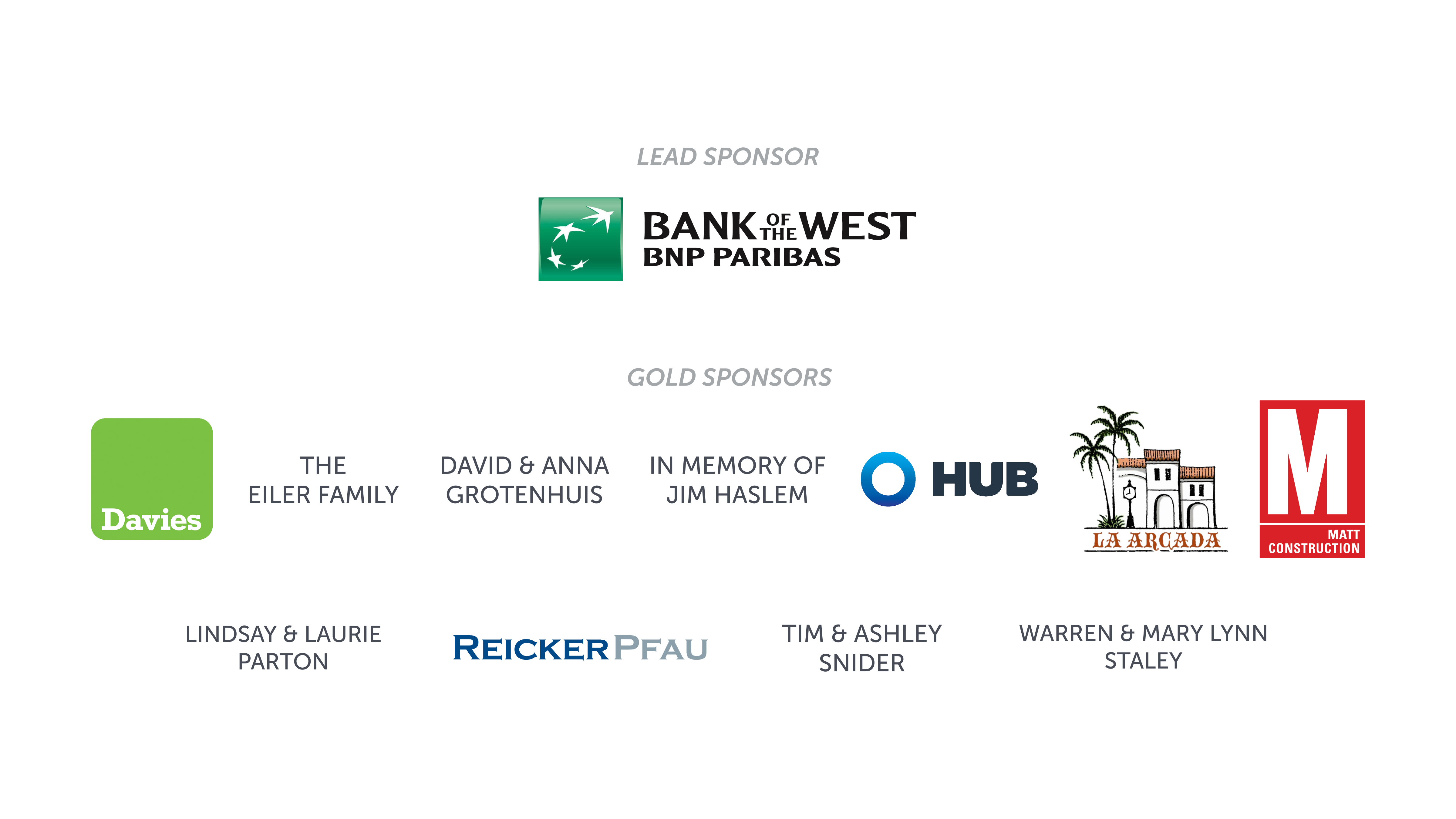 The Westmont Foundation and local businesses sponsor the President’s Breakfast to promote discussion of significant issues in the community. For event sponsorship opportunities, contact Steve Baker, Westmont Associate Vice President for Advancement, at (805) 565-7156.