The 17th annual Westmont Christmas Festival appears for the first time at Santa Barbara’s famed Granada Theatre on Saturday, Dec. 4, at 7 p.m. and Sunday, Dec. 5, at 3 p.m. Tickets, which cost $20 each, go on sale Tuesday, Nov. 23, at 5 p.m. at westmont.edu/festival. 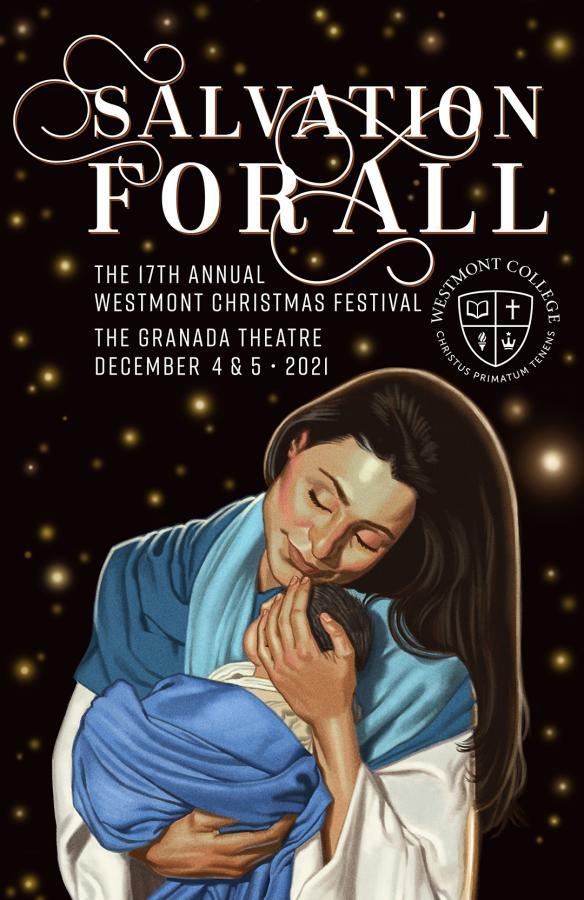 Each year, the festival celebrates the birth of Jesus Christ through an inspiring presentation with a theme, a narrative and Christmas music from around the world and throughout the centuries, deepening our understanding of this holy season. This year’s theme is Titus 2:11: “For the grace of God has appeared, bringing salvation to all.”

“It emphasizes the offer of God’s saving grace to all people,” says Michael Shasberger, Westmont’s Adams professor of music and worship. “The theme recurs throughout the festival from the sonorous opening of Russian composer Pavel Chesnokov’s ‘Salvation is Created’ to narrations for the season, and the thrilling concluding setting of ‘O Holy Night.’”

The performance will include stunning musical arrangements of favorite Christmas hymns and carols by Gary Fry, Tony Royse, J.A.C. Redford and Robert Sterling. Christmas classics from the music of J.S. Bach, Felix Mendelssohn and G.F. Handel. The festival features beautiful settings for a cappella choir, orchestra and combined forces, including world and Santa Barbara premieres. Familiar carols and audience favorites, such as “O Come All Ye Faithful” and “Joy to the World,” will be performed as well as newly beloved “Joy Has Dawned” by Keith Getty and Stewart Townend.

Shasberger, who retires in May 2022 following a stunning career, joined the Westmont faculty in fall 2005 and has recruited outstanding student musicians from around the world, added significant scholarships, expanded the orchestra, strengthened the vocal programs and taken the Christmas Festival to new heights.