It’s globular cluster season at the Westmont Observatory with this month’s viewing focusing on two conglomerations containing hundreds of thousands of stars. The free, public viewing of the stars is Friday, July 15, beginning at 7 p.m. and lasting several hours. Face coverings will be required at the event. Westmont hosts viewings on the third Friday of every month in concert with members of the Santa Barbara Astronomical Unit (SBAU), who bring their own telescopes to share with the public. 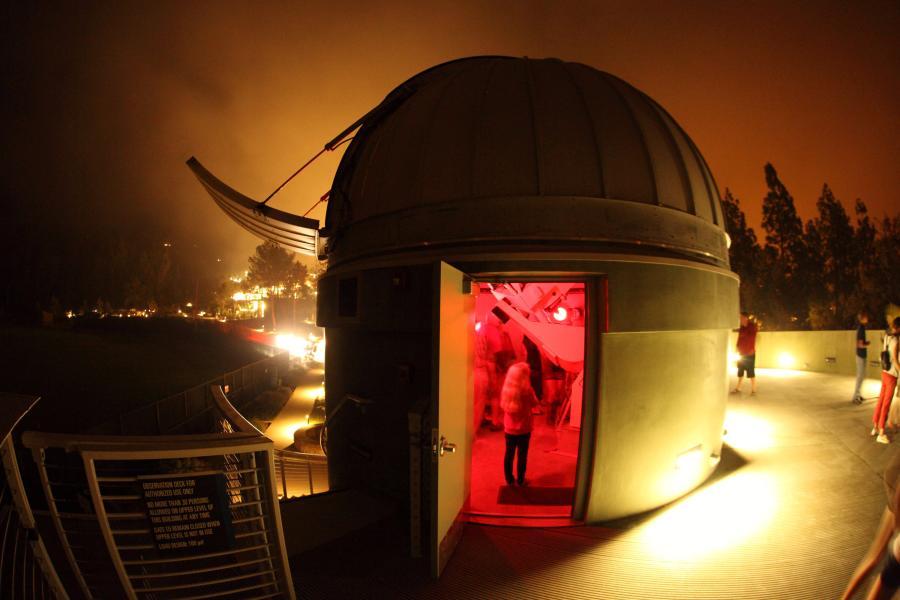 In Hercules, the strongman, will be Messiers 92 and 13. “These balls of ancient stars are tens of thousands of light years away from the Earth, and I like to impress on those enjoying the view that the light from these magnificent objects has come a long way to dazzle their eyes,” says Thomas Whittemore, emeritus instructor of physics and SBAU member. “In the case of these two particular globular clusters, the light has been traveling from the time when much of North America was covered with sheets of ice.”

New this month, Whittemore encourages visitors to bring a pair of binoculars to view the upper section of Ophiuchus, the serpent bearer. “There’s a wonderful collection of stars comprising the Bull of Poniatowski, sometimes known as the Summer Taurus. “This asterism is no longer a member of the 88 official constellations of the night sky, but it definitely has all the dazzle of the configuration of a bull,” Whittemore says.

While in the region, Whittemore will point Westmont’s 8-inch refractor telescope to a young group of stars known as IC 4665. “This beautiful little grouping of bright stars lies 1,100 light-years from us,” Whittemore says. “And its light has been on a long journey from the time of a major war in the defense of Constantinople.”

The Westmont Observatory is home to the 24-inch reflector Keck Telescope, one of the most powerful, public telescopes along the Central Coast.

Free parking is available near the Westmont Observatory, which is between the baseball field and the track and field/soccer complex. In case of inclement weather, please call the Telescope Viewing Hotline at (805) 565-6272 to see if the viewing has been canceled.