Westmont’s History in a Mason Jar

Westmont celebrates the life of its founder Ruth Kerr on National Mason Jar Day on November 30. Following the death of her husband Alexander, Ruth became president of the Kerr Glass Manufacturing Company in 1930. Kerr became one of most recognizable American mason jar brands.

Alexander started the company in Portland, Oregon, in 1904 after acquiring a patent that perfected the canning jar that bears his name. They were originally invented to allow people to safely can and pickle fruits and vegetables. Today, we mostly use them for drinking glasses, vases, and fun craft ideas.

Alex and Ruth were married in 1913 and produced six children. Mr. Kerr embraced Christianity at a D. L. Moody crusade and believed fervently in tithing, a practice he promoted in two tracts. He enclosed these pamphlets in every case of canning jars and distributed them widely to ministers and Sunday school superintendents.

His financial success enabled him to support many charities, including churches, missionary projects, needy families, and Jewish-Christian missions. He donated his Portland home to care for abandoned or orphaned infants. It became the Albertina Kerr Nursery Home in honor of his wife who had died from typhoid fever in 1911. 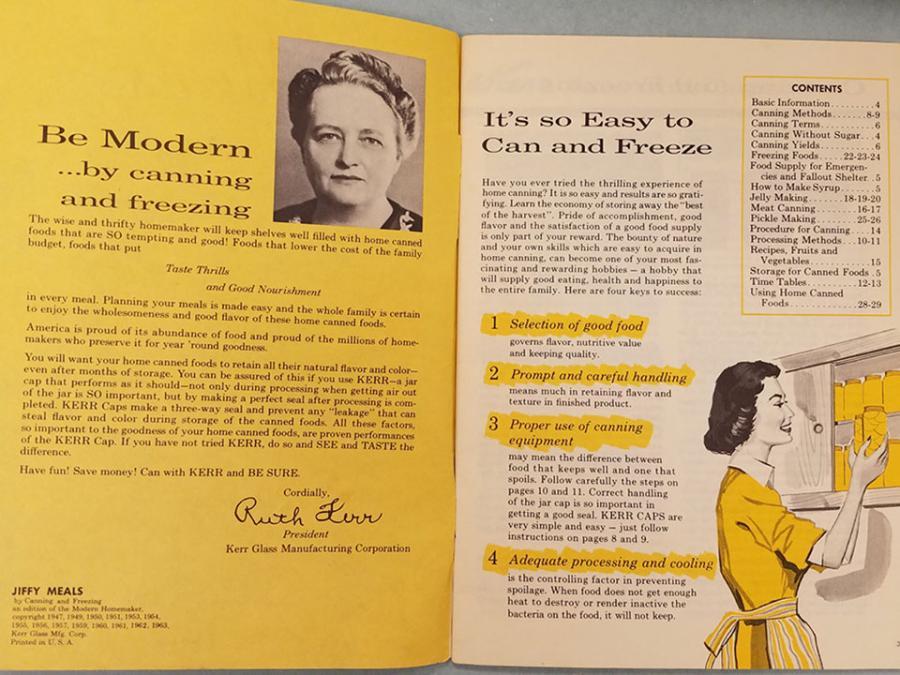 While collecting money for Community Chest in 1925, he contracted pneumonia and died. Left with six young children, Mrs. Kerr continued both her husband’s business and charitable work. She assumed the presidency of the company in 1930 and became well-known for her philanthropy.

Interested in preparing young men and women for full-time Christian service, she wanted to start an affordable Bible institute that didn’t charge the usual $150 deposit. The Bible Missionary Institute opened in Los Angeles in 1937.

The vision for Westmont continued to grow, and in 1939, the board added a junior college curriculum and changed the name to Western Bible College. According to Mrs. Kerr, they then decided to found a “four-year liberal arts college built on a sound Christian basis, God having given us a vision for this larger work.”

"Ruth Kerr gave us a deep love for God," says President Gayle D. Beebe. "Part of her greatness was the way she built bridges and inspired others to join her in the ministry."

In 1939, she purchased the Westlake School for Girls in Los Angeles and donated it as a memorial to her late husband, naming the main building Kerrwood Hall in his honor. 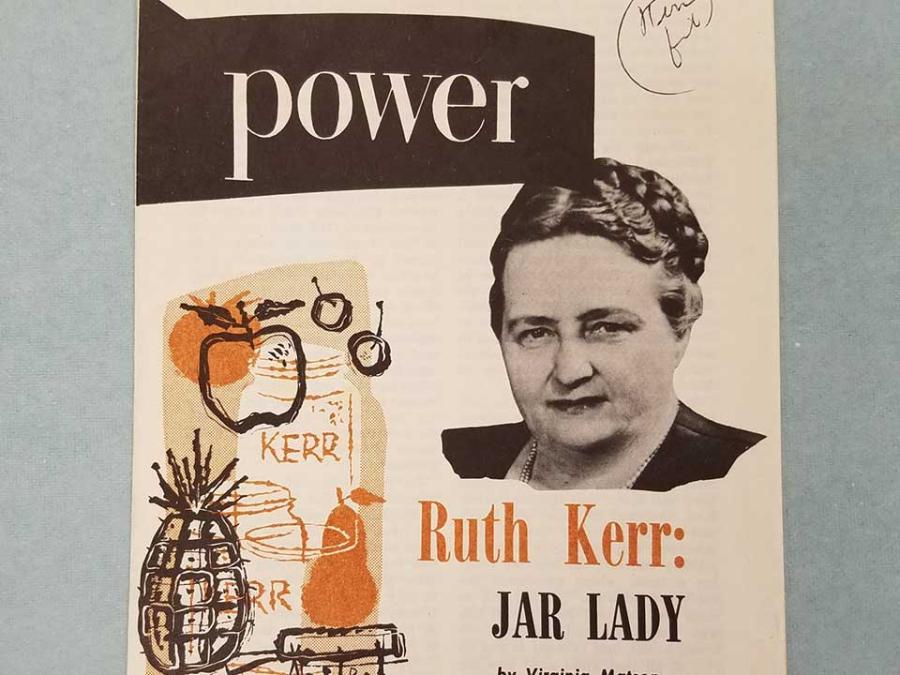 Despite the war, enrollment grew, and five years later, the college sought larger facilities. Once again, Mrs. Kerr helped Westmont acquire a campus. After driving onto the grounds of the former Dwight Murphy estate in Santa Barbara, she was convinced God had chosen it as a site for the college.

She supported the college until her death in 1967 and was particularly interested in providing scholarships to students with need.

Her son, Bill, became a member of the Westmont Board of Trustees in 1973 and served until his death in 2010 at the age of 95. He ran the Kerr Glass Manufacturing Company until he retired and the family sold their interest in the business.

He continued his parents’ tradition of service and giving. Through the Alexander H. Kerr Benevolent Association (later known as the A. H. Kerr Foundation), he gave $1 million to renovate the Ruth Kerr memorial Student Center on Westmont’s campus in 1982 and $1 million for the Whittier Science Building in 1985, and he contributed to the construction of Emerson Hall. In the summer of 1996, Bill helped initiate the Trustee Scholarship Fund, and he purchased a much-needed academic computer for the college in the late 1980s. He chaired the Westmont Foundation in the 1980s and served on capital campaign steering committees in 1979 and 1989.