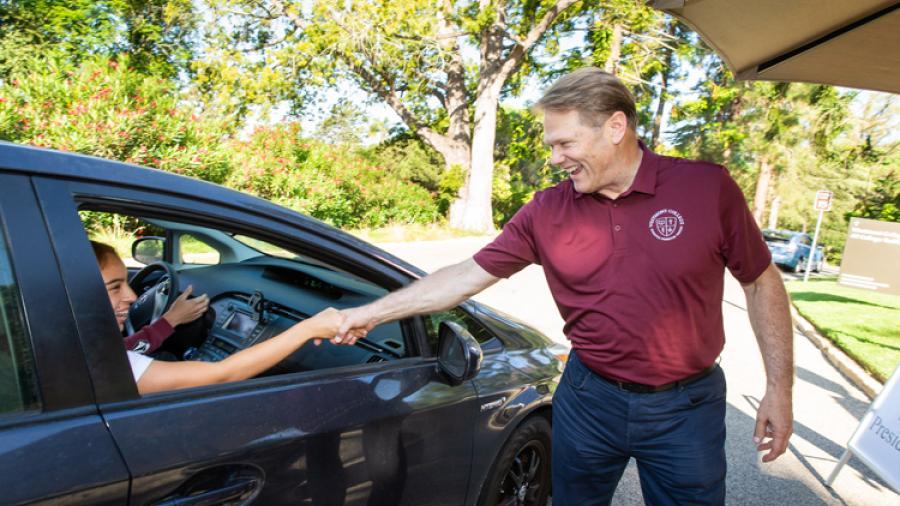 Gayle D. Beebe became Westmont’s eighth president in 2007 after serving as president of Spring Arbor University in Michigan for seven years. His inauguration in 2008 featured speeches by Steve Forbes, chief executive officer of Forbes, and Steve Sample, former president of the University of Southern California. Read more about the President.

What a blessing to welcome our largest, most diverse incoming class in Westmont history—and they also have the highest academic profile ever: an average GPA of 3.88 and an average SAT score of 1220. More than 450 students arrived on campus August 22, and I enjoyed greeting them and their families as they drove to their residence hall. Nearly 40 percent of them identify as Hispanic, Asian American, African American, Hawaiian Pacific Islander, Native American, and/or multiracial. Twenty-two percent are the first in their family to attend college. They represent five continents and countries such as El Salvador, Ecuador, France, Japan, Spain, Swaziland, the United Kingdom and Rwanda, to name a few. Thanks to our generous donors, 90 percent of the first-year students received academic scholarships ranging from $6,000-$37,510.

It’s been great to see 56 new Augustinian Scholars and 14 Augustinian Fellows. In special seminars, they’ll study Augustine’s ideas and consider contemporary Christian engagement with the wider issues of our society. In addition, 20 Presidential Fellows will participate in a first-ever leadership program, working with me and several other senior leaders to introduce ideas and experiences that help maximize their God-given gifts and abilities. Many already attended Lead Where You Stand, our annual leadership conference, last June. I’ve enjoyed getting to know them during the first few weeks of class. Read more about our impressive new students and Orientation. 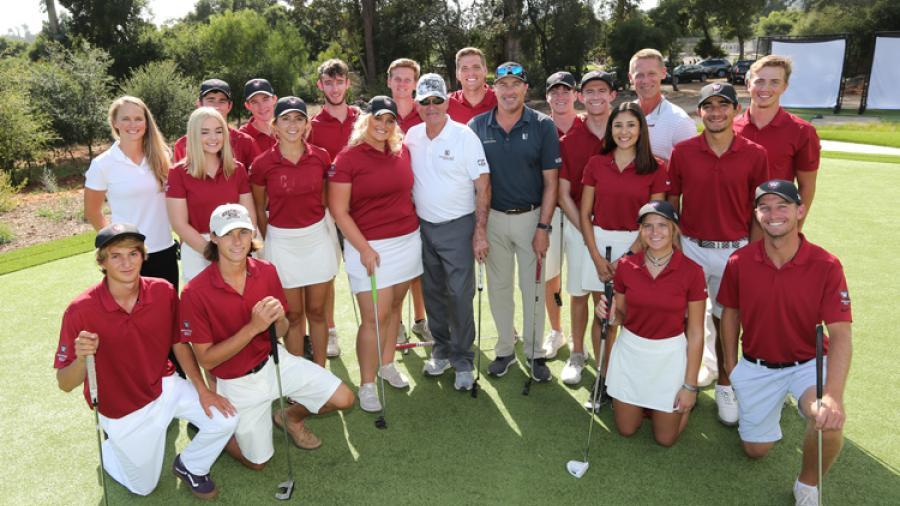 Thanks to a generous gift from alumnus Stan Anderson ’62, we’ve built the Stan Anderson Golf Complex on lower campus, where our new men’s and women’s golf teams can practice. We dedicated this facility during a wonderful ceremony September 10. Competitive athletics allows us to experience the full range of human emotion—and to undergo moral transformation. Few sports do more to teach honesty, integrity and self-regulation than golf, which embodies a moral framework and code of ethics that stretch across the entire landscape of our personal and public life. Our first golf teams, which include 12 men and six women, will learn these lessons as they begin their inaugural season at the California State Invitational at Olivas Links Golf Course in Ventura this week. Both teams host the Westmont Invitational February 24-25 at Sandpiper Golf Club in Goleta.

The 1999 alumnus of the year, Stan was also honored as one of 80 distinguished alums at our 80th anniversary celebration. He is an effective adviser and a wonderful friend of the college. The vice chairman of Accretive Exit Capital Partners, Stan serves on the boards of Physicians Realty Trust (DOC), Blue Ridge Networks and several nonprofits. He graduated from Willamette University Law School in 1969 and has practiced law in Washington, D.C., since then. He has served on the President’s Advisory Committee on Trade Negotiations, the Presidential Commission on Personnel Interchange, and as ambassador to the United Nations Conference on Energy.

The family of Dave Stockton Sr., a five-time major golf champion and Ryder Cup captain, also attended the dedication. Stockton and his son Dave Jr. of Back Nine Greens designed and installed the tailor-made synthetic green, and Stockton offered putting instruction to the Westmont golf team after the dedication.

Read more about the dedication of the Stan Anderson Golf Complex.

After much hard work by our Music Department, the National Association of Schools of Music has approved a Bachelor of Music in performance at Westmont for orchestral instruments, piano and voice beginning this fall. Our orchestra, choirs and ensembles perform beautifully and represent the college in the wider community.

Enhancements to our music curriculum have strengthened programs in music education and worship leadership and added courses in piano and vocal literature. We now offer a full range of choices for music students: Bachelor of Arts in music with a liberal arts emphasis for double majors; Bachelor of Music Education; and Bachelor of Music in performance.

Read more about the new music degree and refer a student if you know one who might be interested. 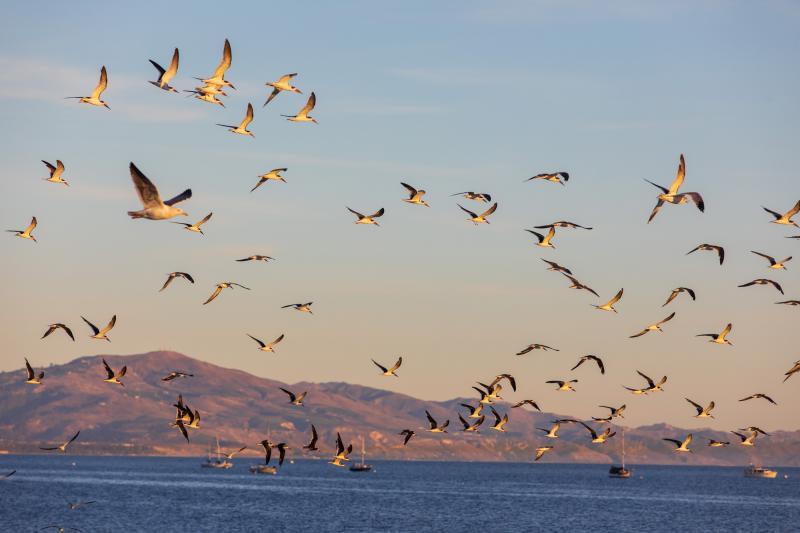 We appreciate the recognition in recent rankings of U.S. colleges and universities that Westmont continues to be one of the top Christian colleges in the nation.

PayScale’s Best Schools for Business Majors by Salary Potential ranks Westmont as No. 40, the highest ranking for a member of the Council for Christian Colleges and Universities (CCCU) and ahead of such colleges as Claremont McKenna and Yale. PayScale reports Westmont’s business graduates can expect an early career (0-5 years’ experience) salary of $61,800 and a mid-career (more than 10 years’ experience) salary of $127,600.

PayScale’s Best Universities and Colleges by Salary Potential ranks Westmont as 115, the highest among CCCU institutions, with early career (0-5 years’ experience) salary of $55,300 and a mid-career (more than 10 years’ experience) salary of $119,800. PayScale’s Best Colleges in California by Salary Potential ranks Westmont No. 38, which is 27 spots ahead of other similar Christian colleges in the state.

Westmont is No. 189 in the Wall Street Journal/Times Higher Education College Rankings of more than 800 colleges and universities. We’ve gained 50 spots in the WSJ rankings since last year and 75 spots since the rankings began in 2017.

The Times Higher Education, using research conducted for its Wall Street Journal rankings, has listed Westmont as tied for No. 4 in the country for Universities with the Best Staff Interaction.

The 2020 U.S. News and World Report ranking lists Westmont as No. 117 (tied) out of the top 223 National Liberal Arts Colleges and noted that we improved our graduation and retention rank and our faculty resources. U.S. News also ranked us as No. 138 in Social Mobility for enrolling and graduating large proportions of disadvantaged students receiving Pell Grants.

Forbes’ Grateful Grads 2019, which considers the amount and percentage of alumni giving, ranks Westmont as No. 114 nationally. 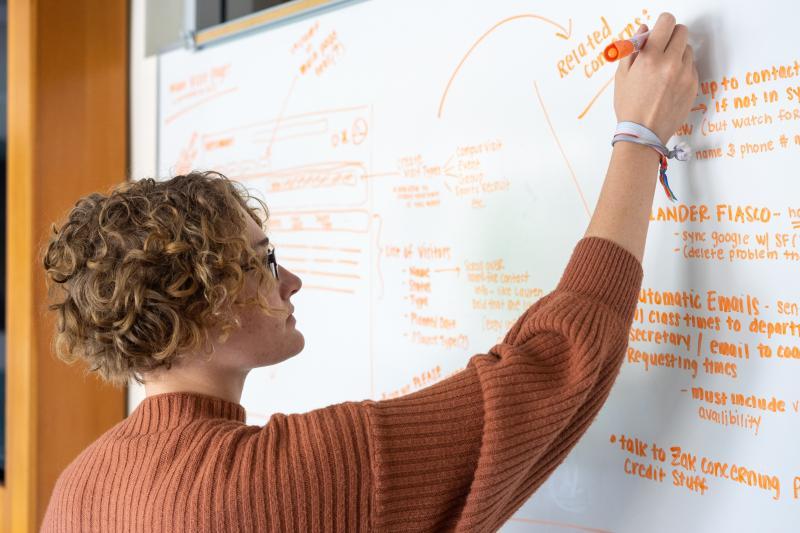 Fifteen of our high-achieving students worked closely with college staff this summer at Westmont Downtown to solve challenges facing our admissions, advancement and IT departments. Through CATLab, an initiative of the Center for Applied Technology, students code, post, write, network and serve. They worked on overhauling the admissions data system to allow more personalized interactions with prospective students.

Read more about CATLab. View their work and accomplishments in this video that they produced. 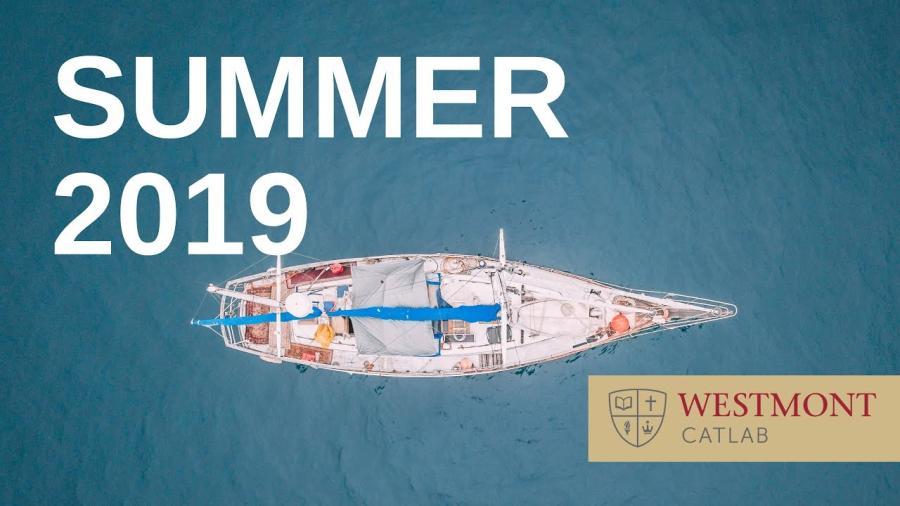 Global experiences help students develop important skills and perspectives. During the summer, 37 of our students served with Emmaus Road, which continues our tradition of sending students overseas for service and learning. Five separate student-led teams traveled to Spain, Uganda, Thailand and Malaysia, Southeast Asia and Peru after meeting regularly throughout the spring semester to prepare for their trips.

The Spain team focused on art and culture, working at a gallery in Altea-Alicante and experiencing cultural immersion and fellowship with the community. Students in Uganda assisted with community development and evangelism, teaching children and ministering in churches. The team in Thailand and Malaysia taught children and learned about human trafficking. The Southeast Asia team lived with Muslim host families to explore regional and religious customs. The final group assisted World Vision in Peru.

Learn more about Emmaus Road and how our students seek to serve the world. 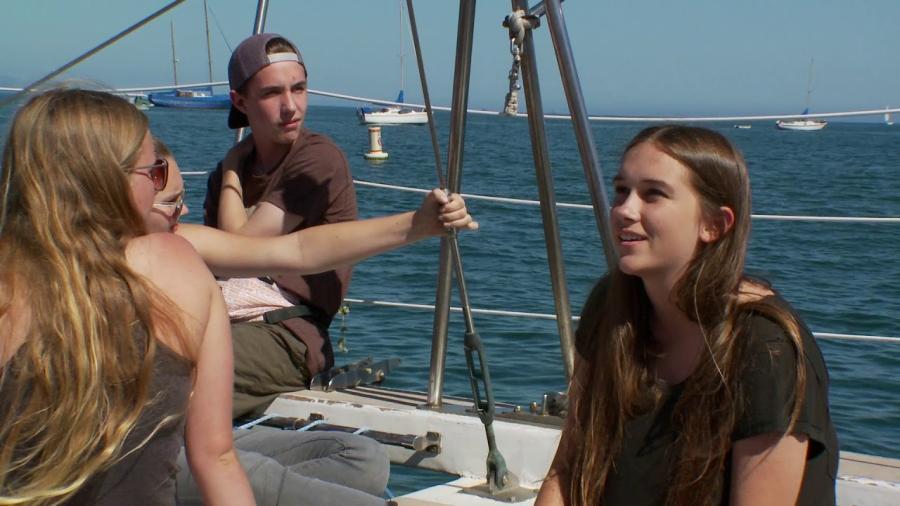 Our unique summer program, Trailhead: Seeking God’s Call, allows students to explore how faith can guide their future as they seek to make a difference in the world.

During three different sessions on campus in June and July, high school students joined our professors and local leaders in ministry and nonprofit organizations to discover how their academic interests, talents, passions and concerns for the problems of the world can help them lead a significant life. The program features a yearlong mentorship program.

Read more about Trailhead and recommend a student you believe could benefit from it.

It would be great to see you at Homecoming this year. The Alumni Office has planned a full program of activities, and classes ending in 4 and 9 will celebrate reunions.

New this year, the Westmont Orchestra will perform “A Fairy Tale Season” Saturday evening with a concert free for all alums and their guests. The program features Tchaikovsky’s “Sleeping Beauty” and Beethoven’s overture to Shakespeare’s “Coriolanus.” We’re so proud of this outstanding ensemble, which will travel to Vienna next summer to play by invitation in a festival honoring Beethoven.

See all the exciting events planned for the weekend on the Homecoming website.

We’ve begun recruiting our 2020 spring and fall classes and invite you to join us in this effort. Our first Preview Day is October 11. Alums, please bring your college-bound students as they will receive a special welcome honoring their Westmont legacy. For the first time, we’re combining Homecoming activities with prospective students and their families, which will increase the energy level on campus as they all experience the close-knit Warrior family. If you’re interested in assisting the admissions team at a college fair or hosting a reception in your city, please let us know by contacting admissions@westmont.edu.

I hope the back-to-school season and fall are great for you and sincerely hope to see you at one of our upcoming events!