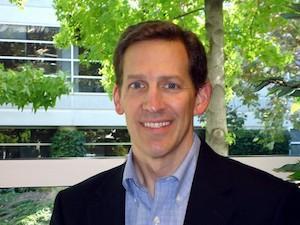 Sometimes Scott Kleinberg ’89 wishes he worked for Apple or another large corporation immune to the stresses afflicting small firms. Instead, he has assisted a series of start-up companies, helping them grow and become profitable. For more than 20 years, he’s worked successfully as a chief financial officer (CFO) and public accountant. He enjoys the challenging if sometimes worrisome work.When a company is acquired, he usually moves on to another venture.

Scott learned to adapt to new situations when he became editor of the Horizon with a limited background in journalism. An economics and business major, he initially focused on the paper’s operations. “Westmont’s liberal arts curriculum taught me to write coherently, think critically and communicate effectively,” he says.“Those skills have helped me my entire career. I’ve been able to listen to business problems, ask intelligent questions and think about issues in new and different ways, using multiples lenses.” Serving as Westmont College Student Association vice president and mentoring by Joel Kruggel and Ed Potts also developed his leadership skills.

His most formative professional experiences occurred at KMPG, an international accounting firm that exposed him to an array of companies and business perspectives. Scott earned an MBA in finance at Santa Clara University while working full time, giving his studies a practical focus.

Scott now serves as CFO of mBlox, a $140 million company targeting mobile messaging. Last year, as CFO of PacketMotion, he managed the company’s finances and completed a successful sale to VMware. Previously, he spent four years guiding CoWare to profitability. He enjoyed the challenge of turning around a company losing $10 million a year, negotiating the payoff of a significant royalty obligation and wooing back jaded investors. By managing costs and restructuring the organization and large contracts, Scott helped attract multiple bidders and sold the company to Synopsys at the height of the financial crisis.

He devotes considerable time to developing relationships with investors.“It’s important to maintain relationships and credibility with the firms and people who will finance, direct and support a company through good times and bad,” he says.

“A CFO has to know the money side of the business and be a person who can say, ‘No,’ but a good one works strategically and enables the company to move forward by taking away impediments and supporting growth and expansion.”

Scott applied what he does in the business world to public school administration as an elected member of the Campbell Union School District board.“I pushed for new ways of doing teacher evaluations and merit pay as an incentive for teachers,” he says.“We carved out money for programs to help poorly performing students become proficient.”

Scott and his wife, Lily, who live in Saratoga, Calif., decided to give their three children, John, Ryan and Kelly, a Christian education, and Scott also served on the board of San Jose Christian School.The family attends Westgate Church, and Scott and Lily participate in Community Bible Study. They chase their children, getting involved in their baseball and soccer games and other activities.

“Westmont has been a formative part of my life spiritually and academically,” he says.“I made deep friendships in an environment that supported my spiritual development. I hope my kids find a similar school.”