New Professors in Art, English, Music and Sociology Express a Passion for Teaching and an Appreciation for Westmont’s Community

“Westmont brought me in as a multi-disciplinary artist recently based in Los Angeles,” he says. “I want to support students in some of the diverse ways art is made, opening up contemporary practices for installation, performance and sculpture.”

Huff also seeks to build meaningful relationships with students during their four years at Westmont, something he has been limited in doing as an adjunct professor working at multiple schools. Most recently Nathan taught at Azusa Pacific University, Biola University, CSU Long Beach, Los Angeles Southwest College and Angels Gate Cultural Center.

“It’s so different being here and investing in a single campus,” he says. “I was spread so thin in so many places. I’ve been impressed by the warmth of the faculty and students and authentic investment in each other.”

Nathan, who used to create traditional oil paintings, has become more interested in building narratives between drawings and sculpture, exploring images we recognize and ones that surprise us.

“I am intrigued by an eclectic disjuncture or combination of objects and imagery,” he says. “These juxtapositions often end up as drawing installations or performances.”

Nathan graduated from Azusa Pacific University and earned a Master of Fine Art in drawing and painting from CSU Long Beach. He has also studied art in Italy, France, the United Kingdom and Spain.

“The thing I love about art is that it opens up avenues for exploration in ways that science or writing or math don’t always do,” he says. “Visual communication in art is potent in that it engages the emotions, the intellect and often the soul.

“I find that identity is absolutely infused in every component I make as an artist concerned with matters of faith. I am discovering incredibly rich conversations happening with other artists exploring what it means to be human in relationship to the divine.” 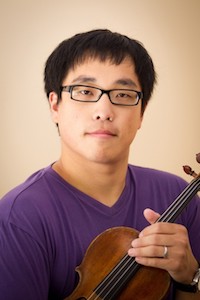 Han Soo Kim, an award-winning artist who has performed at the Boston Symphony Hall, Isaac Stern Auditorium at Carnegie Hall and the Kennedy Center, has joined the music faculty as assistant professor of violin.

“Performing is great, but when a student plays better because of what I am able to teach, the joy is incredible,” he says.

His interest in teaching began early. As a child, Han Soo imitated his violin teacher, putting a stuffed animal on a stool and repeating his lessons. “Teaching was my passion,” he says. “Although I also wanted to be an FBI agent.” He started teaching violin students when he was in college.

Han Soo earned bachelor’s and master’s degrees from the Julliard School and a Doctor of Musical Arts from Stony Brook University in New York. He has performed in more than a dozen countries and played at world-renowned conservatories, music schools and festivals. He also performs on the viola and has collaborated with Yo-Yo Ma, the Emerson String Quartet, and the International Sejong Soloists.

After playing in New York for 12 years and getting married last year, Kim was interested in balancing his performing and teaching schedules, although he was reluctant to leave the New York music community. He applied for the position at Westmont when he discovered the college’s Christian commitment.

“The moment I came for the interview, I felt this rush of ‘I must teach here,’” he says. “I can teach music as well as share my passion for Jesus Christ and openly share my faith and beliefs. I receive two times the joy: the joy of my religion and the joy of my music.”

Han Soo performs on a violin made in 1721 by Carlo Antonio Testore, a luthier from Milan. “Hopefully, I’ll have it to celebrate its 300th birthday,” he says. He will continue to perform while teaching.

His wife, Joanne Kim, who is completing her doctorate in clarinet, teaches part time at Westmont. “We are so blessed to be at the same school and to share a love for music and teaching,” Han Soo says. “It’s an amazing opportunity for us.”

Intersections of Faith and Literature 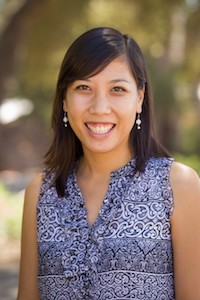 Sharon Tang-Quan, assistant professor of English, loves teaching. “I love thinking about what it means to love the Lord with my mind as well as with my heart, my soul and all my strength,” she says. “It’s fun to teach students how to do that.”

Sharon graduated from UC Berkeley before earning a master’s degree and doctorate from UC Santa Barbara, where she taught from 2009 to 2013.

“I’m impressed by how deeply the faculty and staff care about Westmont students,” she says. “We know their stories, and we are committed to supporting and challenging them in their development as thoughtful scholars.”

Her research focuses on American literature, with a specialty in race and ethnic studies. “I enjoy examining theories of hope and utopia in transnational literature, as well as teaching courses in 19th century British literature,” she says.

Sharon was impressed by the Westmont faculty, staff and alumni she met around Santa Barbara or during worship. “A friend from my home church is a Westmont alumnus, and his experience made me curious to know more about a Christian college that cared so deeply about its students,” she says.

She met Westmont professor Cheri Larsen Hoeckley at a conference and enjoyed discussing research, literature and faith with her. “I thought Westmont would be a great environment,” Sharon says. “Being able to train thoughtful and grateful scholars with a global emphasis is what I want to be doing—and it just happens to be part of Westmont’s mission statement.”

She got more involved with Westmont, attending Homecoming and listening to Paul Delaney speak about the Narnia wardrobe. “I was impressed by the faculty’s ability to research intersections of faith and literature,” she says. “The intellectual Christian life has the ability to help students see how God is calling and molding them to be who He wants them to be. My role as a teacher is to help reveal the depths and richness of life with God.”

Sharon cherishes the intimacy of her small classes and the ability to spend time with students. “I enjoy challenging them wherever they might be intellectually and spiritually,” she says. 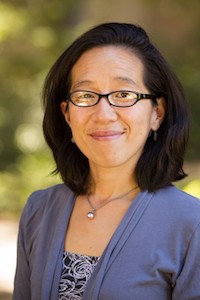 Felicia Wu Song calls it a step of faith. She and her husband, Edward, left faculty positions at Louisiana State University (he had earned tenure) and moved to Santa Barbara with their two children. Felicia has joined the sociology department as an associate professor, and Edward teaches two courses in political theory as a scholar-in-residence this fall.

In addition to teaching at LSU, Felicia has written a book, “Virtual Communities: Bowling Alone, Online Together,” contributed a chapter to the book, “Therapeutic Culture: Triumph and Defeat,” and published numerous journal articles.

To prepare for her new book, tentatively titled “Mom Blogging: Narratives of Transformation and Re-Branding,” she has been attending social media conferences and conducting research.

“This phenomenon is interestingly its own world,” she says. “Many of these mom-bloggers are actually entrepreneurs. They have moved their blog from a hobby, which was probably therapeutic, maybe communal, to a business model. They are being courted by major corporations and marketing groups to help promote products and distribute messages.”

Her research focuses on the women at the heart of these blogs and the changes they undergo as they realize they can monetize their work. “They’re doing something they already love and are realizing they’re getting a lot of attention from legitimate forces,” she says. “There are interesting dynamics involved as well, including race, which I am exploring.”

Felicia graduated from Yale before earning a master’s degree in communication studies from Northwestern. “I was interested in media and technology and how these two forces in society shape our relationships, experiences of community and under-standings of identity,” she says.

Questions about identity and self led her to earn a doctorate in sociology from the University of Virginia. “My research focuses on the ways communication technologies continue to shape relationships, communities and identity,” she says.

Felicia chairs the sociology department and heads up searches to fill two faculty positions. She enjoys deep discussions with fellow professors. “It’s been fun finding so many interesting, creative and intellectually engaged people,” she says. “Book groups organically pop up, and amazing conversations happen all the time.”