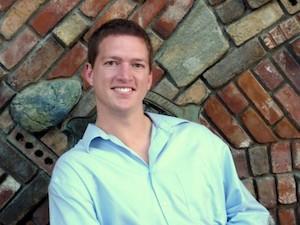 Growing up, Jesse Cozean ’07 never heard his grandfather talk about being a prisoner during World War II. But at the end of his life, when Jesse cared for him for six months, the veteran started telling his story. Jesse took notes and wrote a book, “My Grandfather’s War: A Young Man’s Lessons from the Greatest Generation.” The account documents Robert Cozean’s ordeal in a German camp. Captured during the Battle of the Bulge in 1944 just 12 hours after arriving on the front lines, Robert survived starvation and chilling cold during 103 days of imprisonment. The book provides background about the war and details the hardships the prisoners endured.

Jesse was 24 when he began the project, Robert’s age in 1944. “He wanted me to know what he went through at my age,” Jesse says.“When I read the final draft, I realized how much the experience had changed me—it made me aware of the human cost of war.” While Robert had started talking about his captivity, he struggled to answer Jesse’s specific questions, dealing with the memories and emotions they invoked. Fortunately, he’d saved letters he wrote and the diary he kept in the camp, which helped him confront the past.

Jesse hopes to keep writing, but he’s busy working for his mother, Colette Day Cozean ’80, who owns a number of medical device companies. He heads research and development programs and spends much of his time in the lab. A physics major at Westmont, he learned to think through problems and persist until he solved them, which helps in developing new products. “We had to work through problems rather than memorize the answers,” he says. “The ridiculously difficult tests revealed how much you understood. At the time, it was awful, but it has helped me persevere in the lab.”

Current projects include a hand sanitizer that protects skin for up to eight hours and treatments for severe neurological problems stemming from head trauma, stroke, Alzheimer’s disease and arthritis. “Injuries from improvised explosive devices (IEDs) often leave surviving soldiers with disabilities and neurological problems,” he says. “We hope the drug will reduce the disability rate from 65 percent to 6 to 10 percent. After hearing my grandfather’s story, I’m excited to develop a product for veterans. The work is fascinating, and I’m constantly learning.” Once a company develops a viable product, the entrepreneurial Cozeans will sell it or go public and take up a new project.

Jesse’s next writing assignment relates to his work. He plans to complete three books about the technology for treating neurological problems: a trade book about the chemistry and pharmacological applications; a volume for physicians focusing on treatments; and a third work for the general public.

When he’s not in the lab, Jesse works from his San Clemente home or rides his bike to the nearby beach. “I try to avoid sitting in an office,” he says.