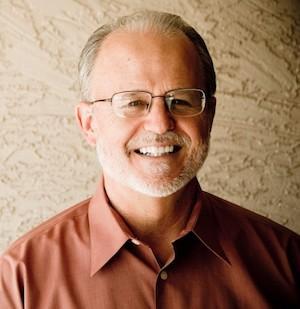 The Jesus Movement changed Rick Love ’75 profoundly. The former football player felt a call to ministry and transferred to Westmont because it was close to his Ojai, Calif., home. “I met my wife, Fran, there,” he says. “She was an excellent student, while I was a zealous Jesus Freak who cared little about academics. I was too busy trying to change the world.”

In his senior year, Rick underwent a second conversion. “I had loved God with my whole heart, soul and strength,” he says. “But I realized I needed to love God with my mind as well.” He attended Fuller Theological Seminary on academic probation and earned a master’s degree in theology, a Master of Theology in New Testament at Westminster Theological Seminary, and a master’s degree in teaching English as a second language at William Carey International University. Ordained in the Vineyard Church, he became a pastor.

In 1984, Rick took his wife and three daughters to West Java, Indonesia, where he taught English, shared his faith, and helped establish a Sundanese Christian community. Returning to the United States in 1992, he directed the U.S. branch of Frontiers, a faith-based global community seeking to bless Muslims and invite them to follow Jesus. During the next decade, Rick completed a Doctor of Ministry in urban studies at Westminster and a doctorate in intercultural studies at Fuller. From 2000 to 2007 he lived in England and served as international director of Frontiers.

His experiences with Muslims and the events of Sept. 11, 2001, focused his thinking about peacemaking. “I believe that Jesus-centered peacemaking means we always take the initiative,” he says, quoting Hebrews 12:14, “Pursue peace with everyone.” “I need to remove the log from my eye, deal with my own issues, and take the initiative to say to my Muslim friends, ‘Please forgive me because I haven’t been a loving neighbor.’ This upsets people who think Muslims should apologize first, but it breaks down barriers.I like Romans 12:18: ‘If possible, so far as it is up to you, be at peace with everyone.’ To be Jesus-centered, make disciples and teach all Jesus commanded, we must model peacemaking and love. That’s how we glorify God. And I believe God commands us to love our neighbors without an ulterior motive or agenda, such as trying to convert them.”

Rick decided to focus on the Christian-Muslim conflict because it affects more than half the world. Muslims are diverse: 1.5 billion people from 2,000 different ethnic groups and eight schools of theology,” he says. “They’re not all closed to dialog and Western culture and ideas.” He established Peace Catalyst International in 2010 to promote peacemaking. The organization seeks to be fully evangelical. “We want to pioneer what it means to live out the gospel in a glocalized world.” he says. “Globalization happens out there, glocalizationhappens here. We need new paradigms for ministry because the world is interconnected.”

Rick has moved to Arvada, Colo., to work with Mile High Vineyard, a Denver church that engages Muslims. He collaborates with Josh Daneshforooz ’08 and David Johnston ’73, who share his commitment to evangelicalism and peacemaking. A consultant with Vineyard USA on Christian-Muslim relations, Rick serves on the executive team for the World Evangelical Alliance Peace and Reconciliation Initiative. To date, he’s planned two conferences at Yale that attracted Muslims worldwide. “We’re pioneers, breaking down stereotypes and prejudices—and learning more and more,” he says.